Indian VS Harley in a Meme War (Langley, BC) 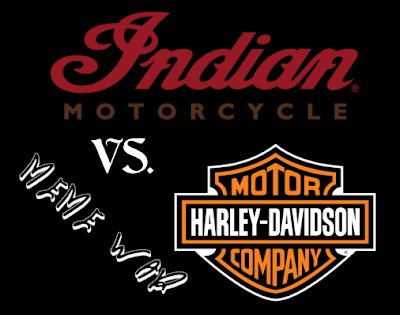 Their rivalry has existed for over a century.

In the early days they competed for military contracts and sales to the public.

Since Polaris revived the Indian Motorcycle Company in 2011, the competition has evolved with the times, resulting in its latest incarnation...a MEME WAR.

Ten days ago, the local Indian Motorcycle Dealership (where I work as the Marketing Manager), Sea to Sky Motorsports, declared a meme war on Barnes Harley-Davidson Langley.

The challenge reads: “1-2-3-4 We declare a meme war! What do you think of that, Barnes Harley-Davidson Langley?” 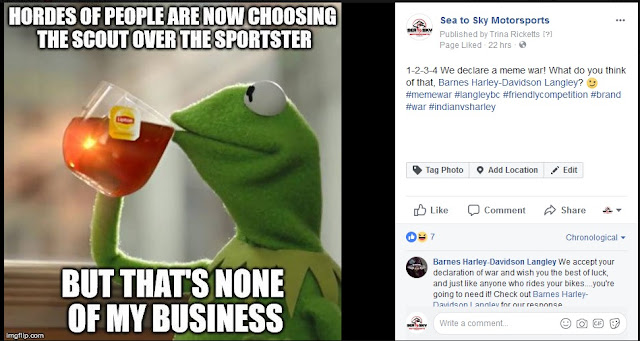 Barnes HD responded in kind, and the meme war was begun. Loyal fans of both brands are taking an interest and joining in the fun.

I had originally broached the idea of a meme war by email.

The Marketing Manager at Barnes Harley-Davidson Langley expressed interest in my challenge. The deal was struck with a handshake at the recent Vancouver MotorcycleShow held at the Abbotsford Tradex last month.

It was agreed that it would be a friendly competition and that nastiness would be avoided. However, nastiness is in the eye of the beholder, and we are motorcycle enthusiasts. Our threshold for inappropriate is pretty high. 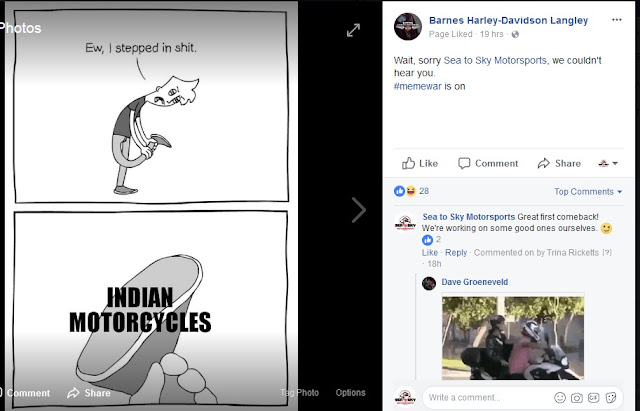 Barnes first response was strong. But folks at Sea to Sky Motorsports laughed at their phone screens and shot back with one of our own. 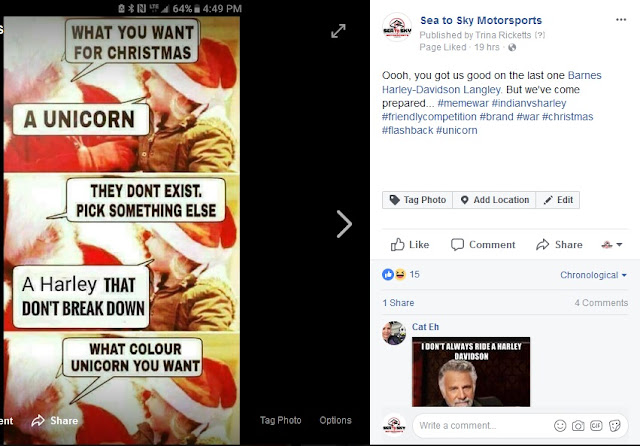 The meme war continues and you can watch it unfold on Facebook by following the Sea to Sky Motorsports and Barnes Harley-DavidsonLangley pages.

The coolest thing about this meme war is that between us, Simon (my guy) and I, are customers of both dealerships. I work at Sea to Sky but I also shop at Barnes HD. 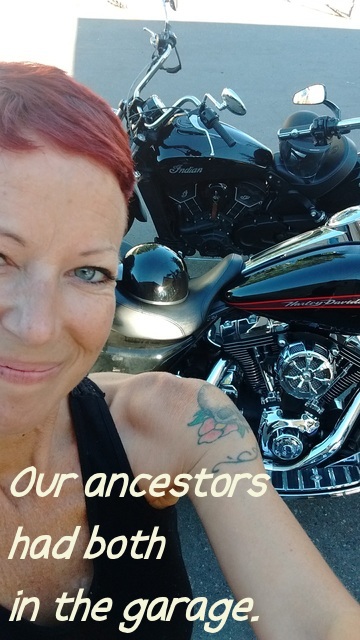 I was raised with both a Harley and an Indian in our garage. I have great love and respect for both iconic brands. In fact, I often come up with ideas that Barnes could use for the meme war against Sea to Sky. (Of course, though, I don't send the ideas to them. This is a war, after all.)

Will there be a winner in this odd, modern competition? Perhaps we will never know. Regardless, it seems that even the most hardcore bikers can play together nicely. Perhaps the reason is in the ride.

Because all motorcycle riders can agree on one thing: There is nothing quite amazing as a beautiful day and an open road, with the wind in your face and endless skies overhead, cruising on your beloved motorcycle. 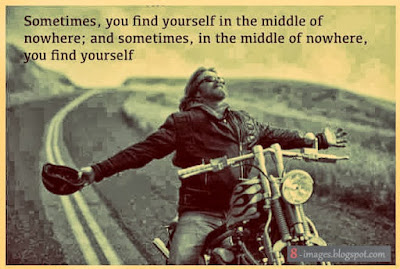 And a meme war? Well, that's just a little fun for those moments between riding.