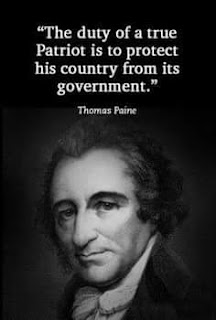 “Knowledge makes a man unfit to be a slave.” - Frederick Douglass

The revolution is here. People are waking up every day to the reality of our enslavement by corporate masters.

We are beginning to see through the lies we've been conditioned to believe since birth.

Our rights are being eroded in countless ways. Dairy producers ram us with their pasteurization laws.

Police are tyrants hiding behind the bushes to catch us rolling through a stop sign, or answering a cell phone at a red light.

Police have also become increasingly violent. Their departments are being equipped with armoured assault vehicles.

Rule-breakers especially have always suffered from police brutality, but even the average civilian is in danger of a cop attack these days.

How about the six figure salaries of people who get paid out of our taxes? Our taxes also pay for their car leases, their restaurant food bills, their private drivers and first-class airfares. They have health and dental benefits they don't need because they could actually afford to pay for it out of their incomes.

Meanwhile, we are forced by threat of violence and captivity to pay more and more money to the government in the form of income taxes, taxes on goods and services, transit taxes, bridge tolls, gas taxes, and the list goes on.

Did you ever consent to this theft? Did you ever say, “Yes, I consent to my money being used to pay for roads that aren't broken and salaries I can only dream of making.”?

Crime Pays the Criminal, Not the Machine

Have you ever considered that chronic law-breaking could be the solution to overthrowing our government?

It basically works like this. If you are accumulating cash and not reporting it to the government, then you are breaking the law.

I know. This puts many so-called "squares" into the arena of law-breaking. They too recognize the hypocrisy of the bought government and media. They are no fools.

The revolution is here, my friends. It started when you started reading articles like this one...

The best way to undermine the government is to cripple their economy. The government depends on our willingness to “obey the law.” This is why they hate criminals so much. It is also why working for cash and not claiming it is illegal.

I'm not suggesting that you stop paying taxes. Hell no! You going to jail will not aid the revolution. Nooooo. Go to your job. Pay your taxes. Look great on paper! Please do!

But whenever possible, work for cash. Pay for services in cash. Fuck over the government. Thank you to the tax evaders who already understand this.

Because someone else said it better than me...

“Through simply using another form of money, we banish the violence and vicious fist of the state from the economic power that each one of us generates. No longer would the state have the ability to rob us, nor would they be able to fund their crimes, or continue their corrupt regimes. To cripple the monetary system would strike at the very heart of the corrupt state-capitalist machine, and would cause for it to come to a grinding halt.”


3. Criminals think for themselves; they are not confined by social expectations 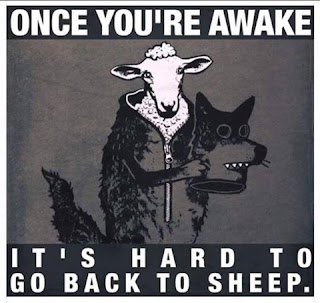 Have you ever heard of stigma? Yes, it's a term that refers to a segment of the population who are not deemed worthy by the majority. Chronic law-breakers don't give a fuck. Sorry not sorry.

When I see crazy ass fools challenging police at check stops while recording on their cell phones.... I have mad respect. They are brave. Some may consider them foolish, but they are creatively putting themselves out there to save us all. I love those people.

5. Suffering is no stranger to most criminals

Most rule-breakers have suffered poverty, health devastation, child abuse, spousal abuse, kidnapping of their children by the state, forced medical procedures and more...

People who have suffered see what is truly important. They see through the corrupt medical establishment. They've been fucked over by their political representatives. They have come to the correct conclusion that everyone they used to believe in is bought. 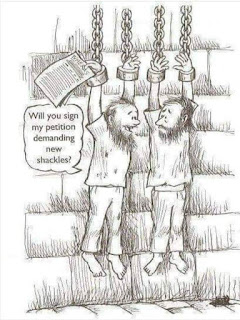 Police and military, for the most part, are order-takers. Sometimes you see them doing what's right rather than behaving like a mindless automaton. But usually, they enforce the laws of our corporate masters.

For an order taker to become a rule-breaker, he must suffer. Suffering is the great equalizer.

A pro-vaccine-pushing nurse will become a rule-breaker when someone she loves is vaccine injured.

An army veteran will say fuck you to the government when he realizes his sacrifices were not to protect people, but to protect the interests of corporations.

A high school teacher will teach kids to be critical thinkers and be charged for misconduct when he knows something to be true from experience.

The lamestream media and the corrupt state would have you believe that anarchy is chaos and the world, as we know it, would devolve into a turbulent wasteland with anarchy.

However, true anarchy is simply about having no rulers. It's about voluntaryism and people taking responsibility for their own communities. In an anarchist society, we don't say “Oh, that's not MY job. So-and-so will take care of that.”

No. In an anarchist society, we take it onto ourselves to create the community we dream of. As an intelligent community, we work together to build something great.

We don't leave it to corrupt politicians and corporate rulers. We say, this is how we want it and let's work together to make it happen.

To those who say we could not have peace without our corrupt government and their enforcers (police); I ask you why do you believe the current group can govern but another group cannot collectively govern themselves? We are all people.

Criminals have no choice but to take things into their own hands. There is no guidebook to becoming a rule-breaker. Leaders in the underground economy are natural leaders. The same would happen in an anarchist society. People would do what they're good at.


7. Everything is illegal these days anyway

If you break the law only when you think the law is stupid or when you know you aren't doing anything “wrong,” then you are still a criminal. 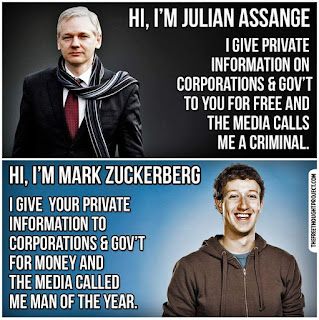 Chronic rule-breakers only obey laws by default. If something is illegal that they wouldn't do anyway, then they are obeying the law. However, they do not consider themselves subject to laws.

Creep Catchers is an example of primitive anarchy. They are saving more kids from sexual predators than any tax-paid group.
If a cop jumps out of the bushes at a red light to “catch” you on your cell phone; he is seeking fines, not saving citizens. If you are guilty without ever causing harm, your rights are being destroyed.

If you think it's okay for your rights to be taken away “in the name of public safety,” you think exactly what they want you to think. Try harder.

If you have been a victim of police harassment or fines when you didn't hurt anyone or put anyone in danger, then you know what I am talking about.

Rule-breakers are not afraid of ridiculous laws. You should thank them for keeping the police busy while you evade taxes.

Within organized crime, we have stable outlaw communities.

The government isn't caring for our weakest and most desperate citizens. Their drug dealers are. Their street families are. A crack house may not look like friendly place, but it is a place that many call home.


It is the nature of disease that we must self-medicate to feel well. This is also true for people dependent on or are addicted to drugs. When the supply is taken, people suffer. Leaving people to suffer may not be the answer, but destabilizing them is not the answer either.


In addition to lending stability to unregulated parts of our community, organized crime is essentially an economic system outside of the law and therefore it is not taxable. No matter what product or service you're dealing in, and especially if you find yourself outside the law, wouldn't you rather do it with people who are organized?

9. If violence is necessary, criminals will rise to the challenge

Or will you turn to your wild, criminal friend? The one who can shoot a gun (and has several hidden). The one who stockpiled food and water for just this kind of catastrophe. The one who built a bomb shelter and taught her kids how to hunt.

Who will you turn to in your greatest hour of need? When push comes to shove, it's the people who are already bucking the system who will know what to do.

10. Criminals already have an underground system and apparatus in place

Law-breakers and criminals know all the back routes and have houses all over the city. They have a network of people living a criminal life. They have this because breaking the law has required it.

When SHTF, you will want to be friends with a rule-breaker because you will realize that the people you love are far more important than obeying your masters. 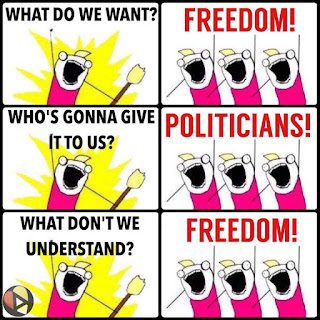 Criminals are revolutionaries because they are already law-breakers, tax-evaders, and convention-balkers.

They are already anarchist-leaning human-beings who know what it's like to truly suffer.

They fight because they never stopped fighting. They risk everything because that's what they've always done.

My recommendation to you? Make friends with a law-breaker today because you don't know what will happen tomorrow.
Posted by TR at 10:10 AM