Review of #VAXXED - A Film About Corruption, Love, and Broken Dreams 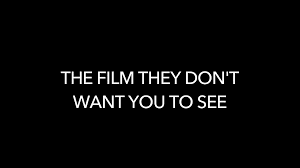 SPOILER ALERT! Parts of this film are described in this review.

I watched VAXXED last night and was not disappointed. They covered almost everything...

...They covered the missing science that is supposed to prove that vaccines are safe - how vaccinated vs. unvaccinated has never been studied, nor has the effect of combining multiple vaccines into one visit.

...They covered the utter disrespect that families of vaccine injured experience from health professionals, elected officials, and their fellow citizens and shared many of their stories. As Del says in the film (paraphrased): How can we discount the witness testimonies of thousands of parents around the world?

...They covered the corruption and conflict of interest inherent in the CDC / Pharmaceutical Industrial Complex.

...They covered the fact that numerous studies exist proving that vaccines not only trigger autism, but a myriad of other health conditions including death.

...They covered the history of SIDS and how it didn't exist until vaccines; how children are dying just hours after their vaccines and doctors are denying the connection.

...They covered the disgusting lack of real journalism around the topic of vaccines and how mainstream media either outright lies or distracts and redirects people to get more vaccines with stories designed to incite fear about diseases and anger towards people who don't vaccinate.

...They covered the lack of informed consent during the administration of vaccines.

...They covered the work being done at a government level by Bill Posey and Dan Burton. (Gotta love these guys. They are passionate and angry.)

There are things they did not cover. I assume this was intentional and part of their "this is not an anti-vaccine film" rhetoric they are peddling to the sleeping masses to get them to watch the film.

They did NOT cover:

"This Is Not An Anti-Vaccine Film"

Yes, as some people have pointed out, there is Andy Wakefield promoting single vaccines rather than trivalent. Perhaps he is still traumatized from the witchhunt that chased him out of his home; but Del and Polly are anti-vaccine - there is no doubt about that.

The footage that is included in the film will make any parent stop and reconsider all vaccines. For example:

I loved that VAXXED included a lot of evidence that originated online from the #HearThisWell movement and other areas of the netiverse. I wonder if they got permission from every person they showed or if there is free access for any videos posted on youtube.

I imagined the VAXXED team contacting some of the people they interviewed and how it must have been participating in the making of the movie. It could have been any one of us.

This Film is "Me"

I thought I would become angry and triggered by the film but watching VAXXED was oddly liberating. My community (of health freedom warriors and vaccine injury victims) was represented and there was a lot of vindication in my soul seeing it all together in the space of one film.

I worried I would lose interest because I already knew everything they were talking about, but I was riveted. My partner kept looking at me in wonder and asking me if I "knew about that."

Yes. I knew about that.

I hashtagged #CDCwhistleblower like a mad woman when Dr. William Thompson and Brian Hooker's conversations went live. I was appalled by the lack of scientific evidence and the doctoring of what little "evidence" the CDC does claim to have. I followed the #HearThisWell campaign and cried as I watched those families come forward one by one to share their stories.

I knew about that and I told anyone who would listen but most people did not believe me. Their eyes glazed over and they said "But polio..."

No. Not "but polio." We are talking about the health of our children.

Damaged for Life (if you still have one to live)

I have my own story. I am one of the victims / warriors. Mom guilt over vaccines resonates with me. This is me and my life. Like all of you, I have overcome so much and I soldier on.

Vaccine injuries are not like car accidents. One cannot recover in a year from a vaccine injury. Our health is compromised for many of us for the rest of our lives.

I am thankful that the most severe injury happened to me. It is my illness and wounds that I must care for on a daily basis. It is my fight to stay positive despite daily chronic pain. It is my life that must be adapted to accommodate my limitations.

My oldest children were injured by vaccines. I have no doubt about that. But their injuries do not completely debilitate them. Learning disorders, asthma, food intolerances, frequent ear infections - these are serious but my children can work around them. I am the one whose life is deeply altered.

Sometimes I imagine that God allowed me the injury so that I would stop vaccinating my children. Had I not learned the hard way myself, my kids might be disabled or dead. I thank God for stopping me before I could further harm my eldest kids. And my youngest, who has never experienced the chronic illnesses the rest of us have because she was never vaccinated. She is the epitome of health.

Perhaps my children are destined for greatness and vaccinating them would have prevented them from doing what they're supposed to do. Perhaps it is something very important.

Or perhaps God allowed me the injury so that I would go on to write blog posts, challenge health professionals, and share the truth far and wide. Perhaps it is MY destiny that was considered when God allowed this to happen.

I have to believe that some good has come of it. And it has. MY FAMILY WOKE UP.

Hope It Doesn't Happen To You

I can't thank Del, Polly, and Andy enough for being a voice for me and my children through their film VAXXED. I can't express in words how my heart feels - broken and held together at the same time.

Held together by the collective pain and healing of our community, as exemplified in the film. Broken because I didn't do my research in time.

But there is no time for regrets. We have a world to educate. We have children to save. We have health officials and pharmaceutical criminals to convict.

We have a #CDCwhistleblower who needs to be subpoenaed by the US Congress. And we have bought and paid-for governments trying to mandate vaccines on behalf of pharmaceutical lobbyists.

Thanks to the VAXXED team, our message might finally be penetrating the fog of cognitive dissonance. But we've still got a lot to do.

We can start by sharing the film. xoxo