When Surrey Ticketed Their Poorest Families Outside the Foodbank

This post is reproduced from a previous blog in September 2010. Old news but timeless concept.

I've been involved in advocacy and activism all my life but for the past ten years, it's been my passion and my focus outside of mothering. I've been a spokesperson on the rights of exotic dancers and other adult entertainers. I've worked in transition houses for women (as well as men and youth) fleeing violence, coping with addictions, struggling with homelessness, and suffering from mental health conditions. Many of whom fit the criteria of "all of the above."

I've also been involved in health and safety work, political lobbying, ethical research of marginalized populations and more. I have a keen eye for injustice. And when something happens that just isn't right, I see it. I feel it. And I want to do something about it.

I'd had enough of the "above mentioned" experiences to relate and understand, but until I was so sick that I couldn't speak for myself or defend myself, I did not know what it was like to be so silenced.

Until I was so poor that I was contemplating every possible source of money to feed my children, I did not know what it was like to be so desperate.

I need to do it when I'm really mad and outraged. Because once that anger wears off, I become complacent. I am much more likely to accept abuse than to fight it when the abuse is occurring to me.

Having said all this, there *was* a day recently when I was mad and outraged enough to speak for myself. 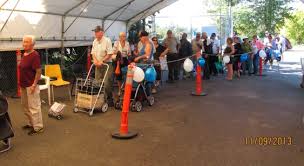 That was the day I got a parking ticket outside the food bank.

It was my own fault. The previous week had been my first week using the services of the Foodbank. As I'd pulled up, I saw that the parking lot was full and most of the parking on the street was also full. There was one side of the street that was conspicuously open. Looking closer, I saw that it was pay parking, so I turned around and parked down the street outside a strip mall for free.

This week, I pulled up to the foodbank with my head full of who-knows-what and the two kids fighting in the back seat. I looked up and saw the green circle around the "P" on the sign and thought we were good to go.

I pulled in, got the kids out and went to stand in line. The lineup was very long and we had to walk to the back of the parking lot to stand at the end. We did not see the parking police give us a ticket while we waited for close to an hour to get our food.

After picking up the few groceries we could use on our restricted, gluten-free diet; we went back to the car and as we were pulling out, I noticed the ticket on my window.

I was instantly upset. I had maybe $15 worth of groceries from the food bank. Now, I also had a $35 parking ticket.

I couldn't hold it in. I may have cursed out loud in front of my kids, I don't remember. But I do remember that I screeched, ranted, then cried my eyes out in front of my kids. And they sat there noiselessly, not knowing what to say.

It was my own fault. The previous week and the parking sign came back into my mind. The fact that I was the only car parked on that side of the street should have given me a clue.

But the worst part was that I was using the foodbank because I was so broke. The last thing I needed was a parking ticket. This ticket essentially negated the groceries I had come for. I could have gone to the store and bought the things I preferred rather than wasting an hour of my day for a handful of items I might not have picked if I'd had a choice.

Underneath all my self-reproof and frustration was anger. How could they be ticketing people outside the foodbank. And not just any old foodbank day, but this was the day for pregnant mothers and mothers of children under one year old. We are the poorest families in our community.

I lived a short distance from the foodbank. I was still wiping away tears and taking deep breaths by the time I walked in the door. Before I even put away the groceries, I walked over to the computer and googled the City of Surrey. I found a very convenient link that allows Surrey citizens to send emails to the mayor and all the city councilors at once. 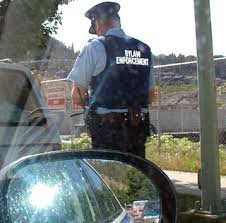 This is the letter I sent:

To: Mayor and Council
Subject: Parking ticket outside of food bank
Message: Hi there,

I am recently new to using the food bank. A single mom, with two kids and pregnant, I have been unable since separating from my husband in November to secure a consistent paycheque.

I have to say that I am extremely disturbed and disappointed that I received a parking ticket outside of the food bank today. Because my children have food allergies and I are gluten intolerant, we can barely use any of the food offered to us as it is.

I realize it was my mistake. When I read the sign, I only read the times for parking and did not realize it was pay parking. There are no parking meters and the sign has a green circle, which I interpreted as available parking.

My mistake has cost me $35 and basically negates having stood in a long line up for very few groceries.

I wonder how can a bylaw officer and the City of Surrey live with themselves after ticketing people who are standing in a food bank line up. Our income is checked, we are clearly low income people.

I went on a particular day - Wednesday - which is for pregnant mothers and mothers with children under 1 year of age. So, essentially, your bylaw officers are preying on the lowest income mothers in our community.

I accept that I should have read the sign better and I will most definitely not make that mistake in the future. But I am truly disgusted that in a community that I am usually proud to live, bylaw officers are ticketing the poorest community members.

My children had to see me break down because of it.

I spent the next few days in regret for sending the letter, thinking how it had been my mistake and I quickly sent off a cheque for the lesser amount if paid within 7 days.

Saturday morning, however, I received a phone call from one of the city councilors. Gosh I wish I remembered her name! She said she'd been reading my email over breakfast and she agreed with me. Then she said she would try to get my ticket absolved.

True to her word, I received a call that week from the Bylaw people. They didn't apologize. They didn't admit wrongdoing. But they sent me back my cheque. I thought that was very nice of them.

Hopefully they will refrain from ticketing outside the foodbank - especially on "pregnancy-brain" day when the expecting mothers congregate for food for their families.

It just goes to show that we need to speak for ourselves. We need to stand up for the rights of not only others, but ourselves! Most of the time no one else is going to do it for us. It's up to us. And if we're lucky, we may even benefit from it, like I did with my parking ticket. You just never know. xo
Posted by TR at 8:32 AM